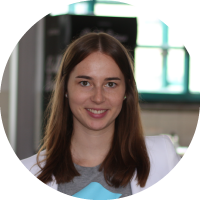 With around 460.000 inhabitants, you can't really call Malta huge, still for the Blockchain and crypto community it is THE place to be, not only for the past few days when the island hosted the Malta Blockchain Summit. But how did Malta become the world's Blockchain island? Why is Malta attractive for blockchain and crypto projects? We took a closer look at the developments of the country. Here's what we found:

1. Why is Malta called "the Blockchain island"?
As stated by Silvio Schembri, Malta's Junior Minister for Financial Services, Digital Economy and Innovation, the title Blockchain island is granted to Malta due to the government's approach for the new economy. "While other countries are typically looking at crypto and blockchain for short-term gains, we understand what blockchain technology can offer in the long run." The government is acting upon three core principles, namely market integrity, consumer protection and industry protection which it is in the same manner applying to cryptocurrencies, initial coin offerings and projects based on blockchain technology.

2. Why is Malta attractive for blockchain and crypto projects?
The nature of the government's approach already implies why the island is attractive for blockchain and crypto projects. It first of all is the regulatory framework in Malta, which makes it easier for companies and startups to operate and develop their businesses. In July 2018 Malta passed three bills into law, being the first country to provide legal certainty for people and companies in the blockchain sector. Here's a short overview over the bills:

Apart from a clear legal framework compared to other European countries, the major benefit for individuals and businesses is the open mind they experience from the government which is willing to change and adapt. Additionally, the ecosystems profits from Malta's geographical position, being part of the EU, English as a second mother tongue and an established finance and gaming industry. What is explicitly interesting for private persons is the favourable tax scheme. Only when a certain frequency and short spans between transactions occur, then cryptocurrencies are object to income tax, which still is only 5%.

3. Which crypto and blockchain projects are based in Malta?
Due to the robust and transparent regulatory climate major industry players allocated their operations to the island. Amongst them a number of exchanges, for example: Binance, BitBay and OKex. Binance, the second largest cryptocurrency exchange announced its relocation to Malta in March 2018 after it faced a warning by Japanese regulators. Goals which the exchange is aiming to achieve with situating its headquarters in Malta, are to enable fiat-to-cryptocurrency deposits and withdrawals and building a decentralized exchange. Similar reasons are true for BitBay, which moved out of Poland due to unfriendly regulations, and OKex, which is now working closely on a trading platform with the Malta Stock Exchange. Named OKMSX, the platform should focus on security tokens and is planned to be released in Q1 2019.

4. What are the government’s plans for blockchain technology and cryptocurrencies in the future?
Already in 2017 Malta set up a National Blockchain Strategy with the help of numerous advisors. The overall vision is to "Transform Malta into an Economic Superpower in the Emerging Crypto-Economy" and focuses on six key projects:

As for the near future, Malta is hosting the Malta Blockchain Summit 2018 for the next two days (1st and 2nd November) and positions itself once more as a major hub in terms of distributed ledger technology. The event is expected to attract not only delegates but also thousands of blockchain developers and investors as well as about 300 exhibitors. “Now we are charting the way forward in distributed ledger technology,” Malta's Prime Minister Joseph Muscat announces in his video invitation and Blockpit is happy to take part in this.